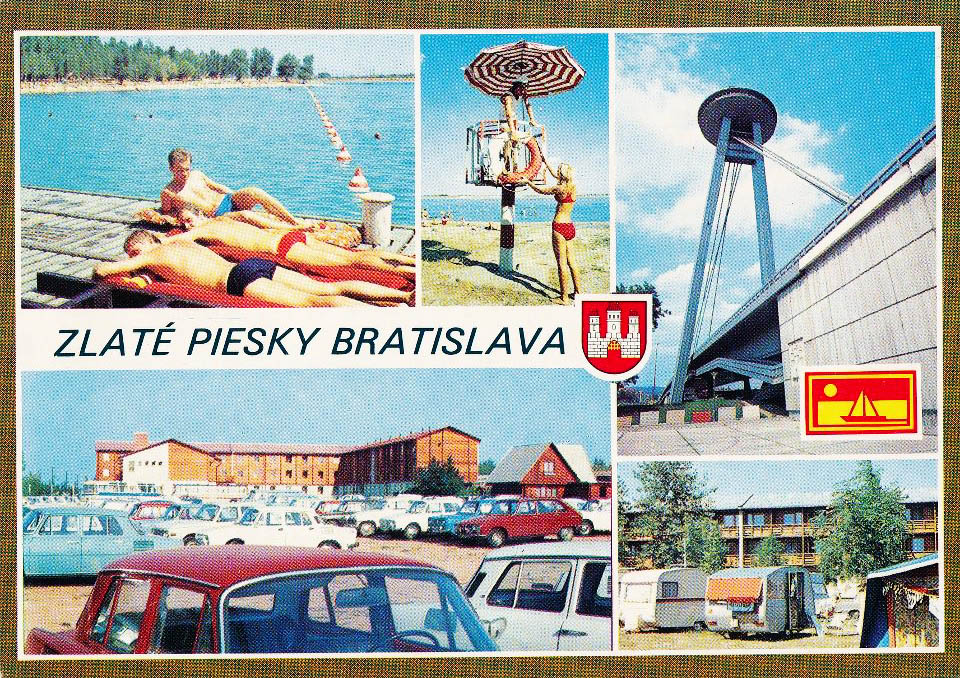 Zlaté piesky is the largest recreational-sporting complex in Bratislava. It holds a significant place in the city’s urban topography. During the summer months it is synonymous with summer recreation. Areál zdravia. Abandoned (re)creation at Zlaté Piesky is a project whose aim is to complete a week’s residency in the authentic setting of this recreational zone. A condition for the residency is non-departure from the area and thus fully involving oneself with the setting and character of the locality. During their research stay between June 13 and June 19, the artists Andrea Kalinová and Martin Zaiček will record the character and the site-specific phenomena of the locality. They will reflect on gastronomy, recreation, sport and also the collection of urban legends, in relation to the temporary and permanent recreation present in the clash of migrant workers on the urban periphery vs. the local population at its summer recreation, and also the surprisingly large group of foreign tourists. For the week of its duration they are leaving their residency open for personal confrontation with the Bratislava art scene, whom they invite to be participants in the creation of the programme.

The residency was part of project Small/big World.