Abandoned (re)creation was founded in 2011 in Trenčianske Teplice as an initiative aimed at highlighting, reviving and activating the residents´ and visitors´ interest in the abandoned heritage sites in the spa town through artistic interventions. In its initial two years, the project operated as a workshop for students and recent graduates, mostly from the Academy of Fine Arts and Design. The participants were supposed to respond to the dilapidated architecture by site-specific installations and interventions in the public space.

Martin Zaiček and Juraj Gábor joined the activities of the Abandoned (re)creation in its second year – 2012, and the project was administered by the civic association Archimera, with Juraj Gábor cooperating for one year and Martin Zaiček until now.

The Abandoned (re)creation was transformed into an activity aiming at not only creating art projects but also seeking contact with the locals and spa guests, show them the value and significance of abandoned functionalist buildings and research the possibilities to deal with their poor condition.

In 2013, the workshop form seemed depleted, but there was a will to continue the interaction with local people through lectures and discussions, so the project at the railway station was transformed into the level of a small symposium or festival of architecture. 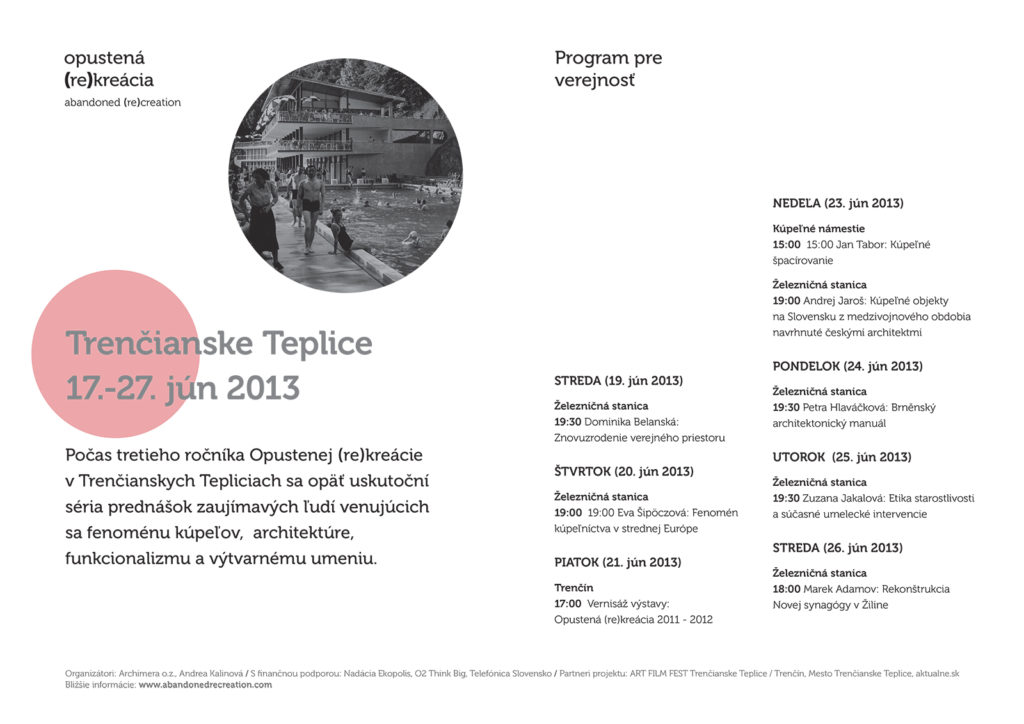